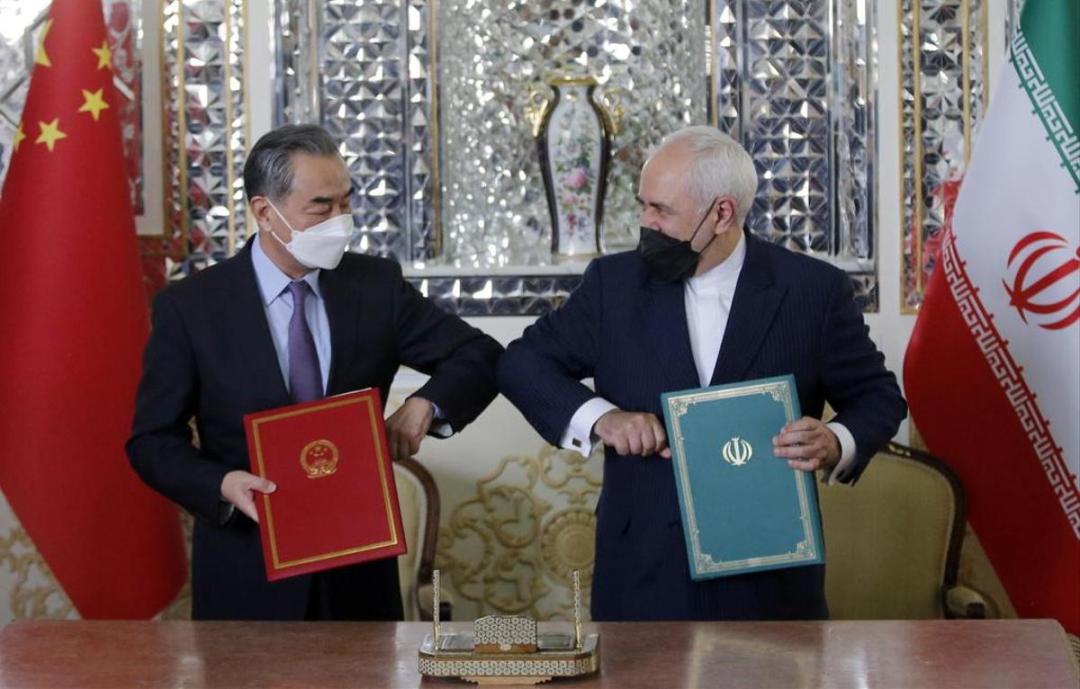 In the global chess game between the United States and China, the latter has just seized an important square. On 27 March 2021, Iran’s foreign minister went to Beijing to sign a 25-year strategic cooperation pact with China. The Chinese will invest the equivalent of $400 billion in Iran in the fields of road infrastructure, energy, telecommunications and cyber security. In exchange, the Iranians will offer China priority access to their oil and gas resources at 12% below market prices. China has always sought to secure its energy supplies which are essential for the functioning of the « workshop of the world ». The pact includes cooperation in military intelligence.

In certain technologies, China has nothing to envy the United States. In telecommunications, the Chinese firm Huawei has taken a considerable lead, particularly in 5-G. In cyber warfare, China is also leading the way. For example, it managed to steal Boeing’s secret plans for its C-17 Globemaster military transport plane, which enabled it to build its Xian Y-20 aircraft in record time. Those who know how to break in also know how to protect themselves from thieves. Chinese cyber engineers will provide Iran’s nuclear industry with the means to protect itself against foreign intrusions, such as those carried out over the past decade by the US and Israel. Iran has just suffered a humiliation. On Saturday 10 April 2021, its president proudly showed on television the launch of new, more efficient centrifuge cascades for uranium enrichment. The next day, through a sophisticated attack, Israel succeeded in paralysing the Natanz complex, Iran’s primary nuclear facility.

Since 2020, China has supplanted the European Union as Iran’s main trading partner. Indeed, after America withdrew three years ago from the nuclear agreement with Iran of 14 July 2015 (known as the JCPOA), European firms have all suspended their trade with Tehran, for fear of reprisals from the US Treasury, or simply for lack of banks willing to process transactions.

With this pact, China is applying one of the oldest principles of geopolitics: « The enemies of my enemies are my friends ». It is the target of increasing US sanctions, imposed to punish its indifference to human rights (in Hong Kong or Xinjiang) or its disregard for Western intellectual property. It therefore allies itself with Persia, a country that has been economically and politically boycotted by the Americans for over forty years.

Iran’s Shiite theocratic regime shares its indifference to human rights with China’s communist hierarchs. It turns a blind eye to the policies of forced re-education of Uighur Muslims in China’s Xinjiang province. After all, they are only Sunnis, Turkish-speaking and not Persian-speaking.

The late Ayatollah Khomeini dreamed of leading Shiites and Sunnis, together, in a great global Islamic revolution. Iraq’s bloody civil war between the two communities, which began in 2006 and has never been extinguished since, has definitively destroyed this dream. Although they maintain the hackneyed slogan of « Death to Israel », which is becoming less and less unifying among Arab nations, the current Iranian leaders have understood that the Shiites will never again be able to claim leadership over the whole of Islam. In their great mass, the Sunnis (one and a half billion faithful in the world) consider Shiism at best as a regrettable deviation, at worst as a heresy punishable by immediate decapitation.

Realistically, Iranian strategists have concentrated their efforts in the Middle East on Shiite (or Shiite-like) minorities such as the Syrian Alawites. They have succeeded in creating a Tehran-Baghdad-Damascus-Beirut axis leading to the Mediterranean. This axis is now offered to China to enrich its BRI (Belt and Road Initiative), or Silk Roads. If one day a gas pipeline linking the shores of the Persian Gulf to those of the Mediterranean appears, it is safe to bet that it will be built, and then maintained, by Chinese engineers.

As we saw in his recorded address to the African Union Summit on 5 February 2021, Joe Biden’s diplomatic strategy is marked by a neo-moralism, including an intercontinental defence of ‘LGBTQ rights’. It’s nice, but probably not enough to stop China’s great strategic advances in the Middle East and Africa…